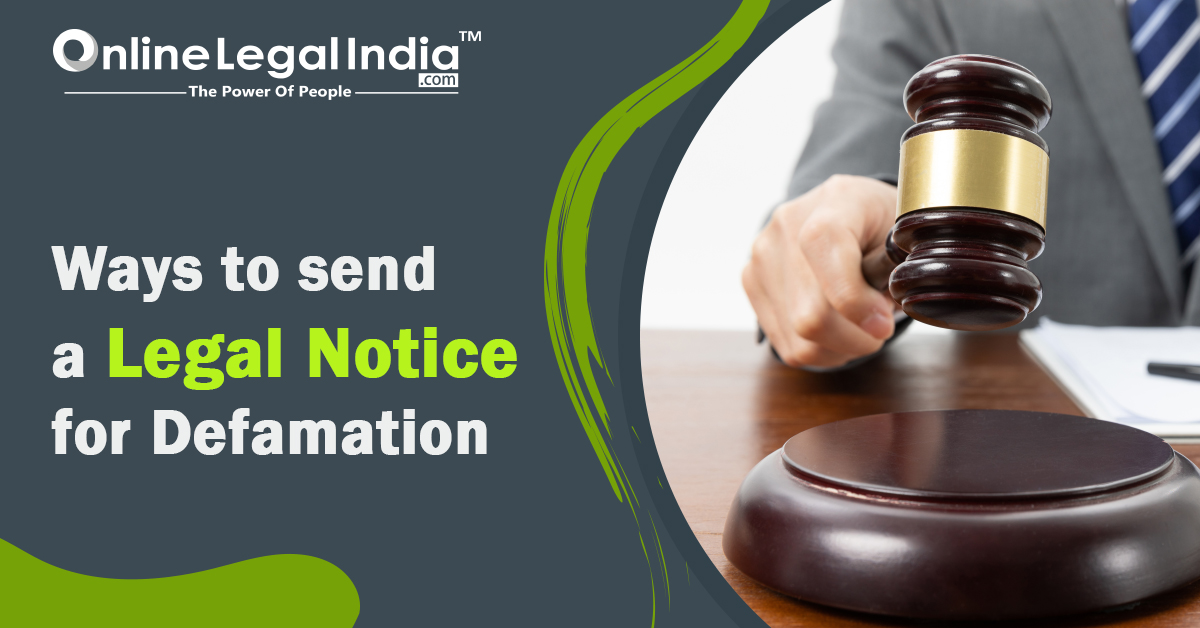 Know How to send a Legal Notice for Defamation

We often see how people judge would you without knowing the real story. They usually set out for defamatory comments or remarks. During such cases when a person is publicly abused or offended. Then a person can charge with defamation notice. This article is based on many such occasions where we face such situations in our lives let's further look into to know more.

It is untrue accusations or statements which is malicious and harmful towards a person's reputation. Whereas according to our sate the law defines them in particular terms as 'Libel' -is written; 'Slander'- if spoken;

Compensation is claimed if the entity feels that his/her image has been tarnished in public. A case of defamation is dealt under Section 499 of IPC where a person can seek remedy under the criminal law or the Code of Civil Procedure.

Any charges against should be believable before charging anyone guilty you must read the following key points:

How to send a Legal Notice for Breach of Contract?

With the aid of a learned lawyer who is well-judged and up to date with work and has ground knowledge about defamation. A defamation notice should follow the points below:

Online Legal India™ sufficiently provides you with careful aid and solves every dispute minutely. Its excels in every service while issuing and promptly sending a befittingly well-laid-out legal notice during Defamation and many others.

Hi Santosh, thank you for raising your concern with us. Team Online Legal India will get back to you shortly to provide you the required helps in Legal Notice drafting. Thank you.