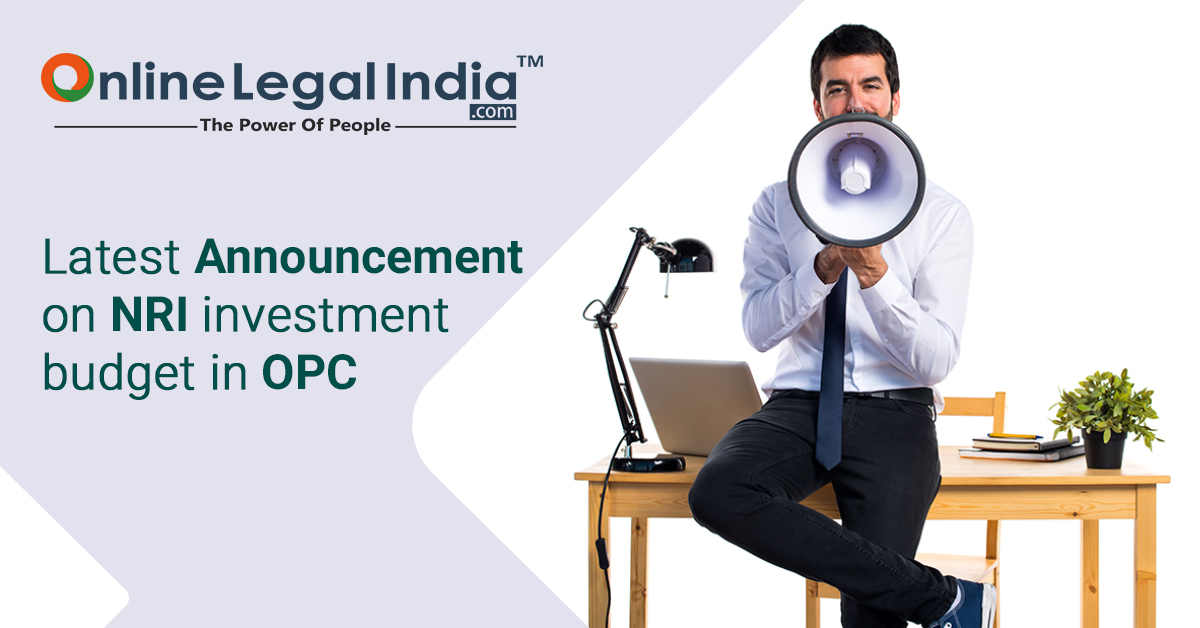 How has Influx of NRI Investments impacted OPCs in India?

OPC are companies that have one owner or shareholder. The 2021 budget has given a boost to these companies. The OPC Registration Process provides the startups with various freedom in terms of business. The budget primarily focuses on giving the NRI population the opportunity to operate OPC in India to boost the economy.

OPC stands for One Person Company where the ownership or the shareholder is a single individual. The Companies Act, 2013 introduced the one person company registration. OPCs are startups where the individual tries to establish their company in the market single-handedly. A single individual owns and manages the company unlike the multiple members in the private ltd and public sectors. Having an OPC has its own set of benefits which makes it an interesting prospect for economic growth of a nation.

What are the features of OPC?

Some of the prominent features that has prompt the government to provide an opportunity to the NRI for operating OPC are that:

OPC has various other advantages, some of the advantages are:

Even though there are various advantages there are always some other ways in which a problem can arise. It thus becomes important to understand the disadvantages before starting an OPS. The few prominent disadvantages are:

How do NRIs fit in OPC?

According to the Budget 2021, an NRI can open an OPC from April onwards. There has been a clause that earlier said that to conduct an OPC an NRI had to stay for 182 days in India. This had also been duck to 120 days to promote easier accessibility and faster growth. There is a rule that states that a company had to be privatised if its turnover reached more than 2 crores. There has been a modification in this clause too as now one no longer has to worry about the limitation. One can be an OPC no matter the growth and turnover. This will encourage more investment and will result in the growth of the Startup. This growth will ultimately help the economy grow. With this growth there will be a huge number of registrations in applying for a trademark. And having trademarked companies helps in the data of company growth and employment possibilities.

With the inclusion of the NRI investing in OPC there is bound to be a jump in the economy of the nation. NRI’s will invest heavily as there is leser risk and compliance policy. It will not only help them with setting up easily as it doesn't require much time. It is also a very straightforward process. Thus ultimately it will be the benefit of the nation as it will enable growth of newer startups and also the increase in the revenue for the GDP.