Legal Advice on Divorce | We Help You Take Right Decisions

Trusted by over 100,000+ customers across India. Call or Click, as we do it quickly! We help you make a wise and able decision when you go through marital distress.

Divorce or Dissolution Of Marriage a process of separation ensue's when cohabiting married partners no longer desire to cohabit to the sacred bond and wish to part ways either mutually or by contest.

We can help, you seek legal advice from our legal practitioners of Online Legal India and make this entire process seamless.

Forms of Marriage Act in India +

Here in India dissolution of marriage for Hindus, Buddhists, Sikhs and Jains, Parsis, Christian's and Muslim's is governed by the following marriage Acts:-

You will get a call from a lawyer

We will provide with the best advice as required

ONLINE LEGAL INDIA, Is a Brainchild to Support Startups & Corporates - Online Legal India is the most trusted brand which has received moreover thousand of positive client reviews at Trustpilot in just last 300 days.

This entire process is very fuzz-free one can gain advice over a short period without worrying about it much.

Our team of counsel has sound knowledge and would guide you according to your requirement.

We maintain an end to end privacy concerning any of our clients and provide undisclosed service.

There are no hidden charges levied.

Who can seek Divorce?/ Criteria’s under which Divorce can seeked

As far as divorce rules in India are concerned, divorce can be granted only on certain specified grounds like which are mentioned as follows:- 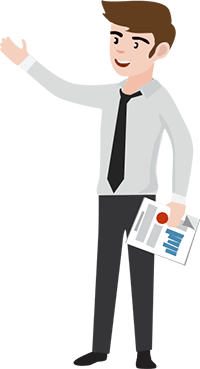 Recognized by Govt. of India

Affordable Than Other Professionals

We Are Associated With