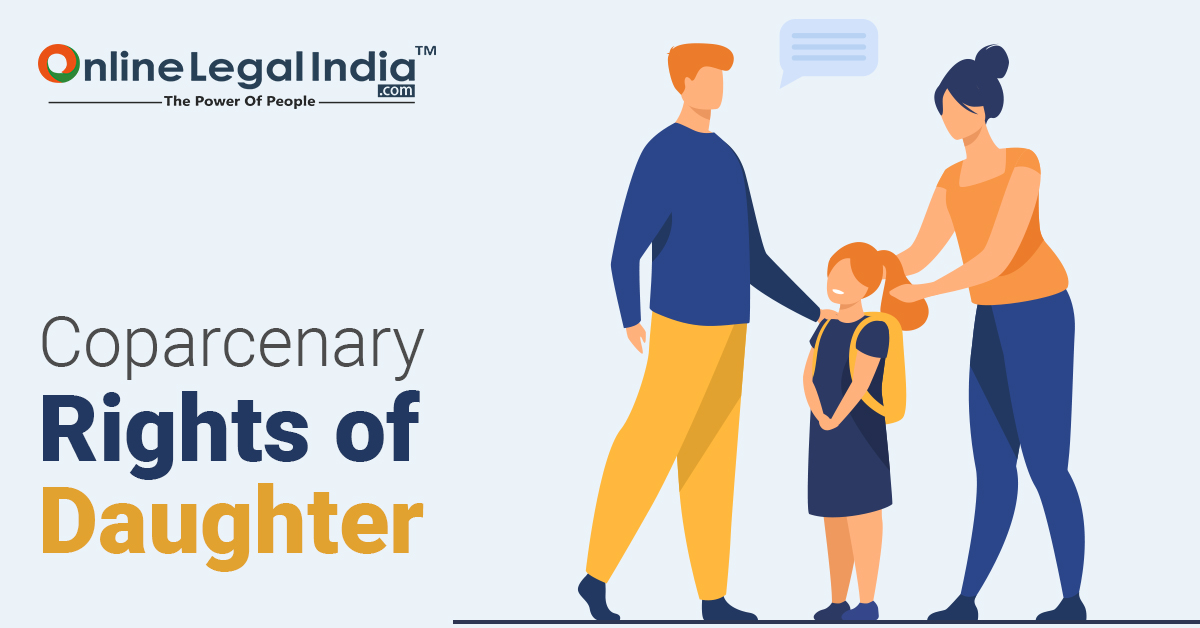 Supreme Court has declared that daughters will have equal rights in ancestral property as sons even if their father died before the Hindu Succession (Amendment) Act 2005 came into force. Coparcenary rights are rights 'from birth, a daughter had also been conferred with the birthright to the Joint Family Property. Before the amendment, a daughter was not entitled to get a share in her father's property. This discrimination against the daughters was brought to an end by the 2005 Amendment Act.

Coparcenary is the term used in Hindu succession law. Which refers to a person who has the capacity to assume a legal right in his ancestral property by birthright. However, it is dealt with in the Hindu Succession Act 1956 but has undergone major amendments which will be discussed in detail.

Prior to the codification of Hindu laws, there were two schools of thought to regulate and administer Hindu laws.

Mitakshara school -the law of inheritance was followed according to the principle of propinquity which means in order of nearness of blood relation.

Dayabhaga school-the law of inheritance was based on the principle of religious reward or spiritual benefit.

Transfer of an Interest in Coparcenary:

On and from the commencement of the Hindu Succession (Amendment) Act, 2005 the daughter of a coparcener shall-

Online Legal India™ can help you schedule a consultation with our more than 10+ years of an experienced lawyer. Our team will help you to know more about Coparcenary Rights and will guide you accordingly. As they work round the clock to give you support at an economical price.