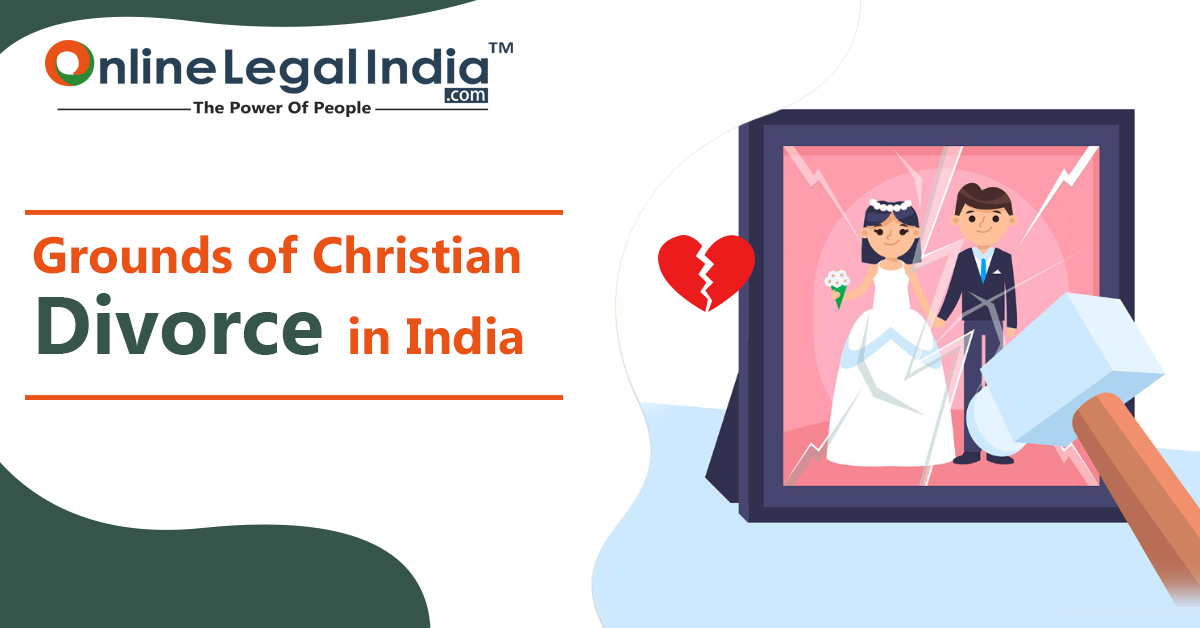 Centuries ago when Christians came to India to rule and settle in this country. As East India Company undertakes the ruling power in India and established its courts. With the establishment of the Supreme Courts, the Common Law of England was made applicable to India on many subjects who include marriage and divorce among the Christian community. Although, it was based on the principle of equity, justice and good conscience. However, in the due change of time, the divorce among Christian couples is governed under the Indian Divorce Amendment Act, 2001.

Let us further elaborate on the grounds of divorces that may lead to the dissolution of the solemnized marriage between husband and wife under the Indian Divorce Amendment Act 2001 are divided into two sections:

i. Section 10- Divorce: Where are petition can be filled by either of the two parties. The grounds to which marriage can be dissolved are mentioned as follows:

ii. Grounds of Christian Divorce available only to Wife

Where a wife can also present a petition for the dissolution of her marriage on the grounds:

ii. Section 10A- Divorce by Mutual Consent: Where are petition can be filled by both the parties. The grounds to which marriage can be dissolved are mentioned as follows:

Online Legal India™ expert team of highly qualified advocate will guide you throughout the entire process from sending a divorce notice to giving you legal advice. The New FSSAI License Regulations on Food Packaging in 2023 Know About GST on Restaurant Services in India FSSAI sets standards for basmati rice; to be enforced from August Everything About FSSAI License Registration for Milk Chilling Units