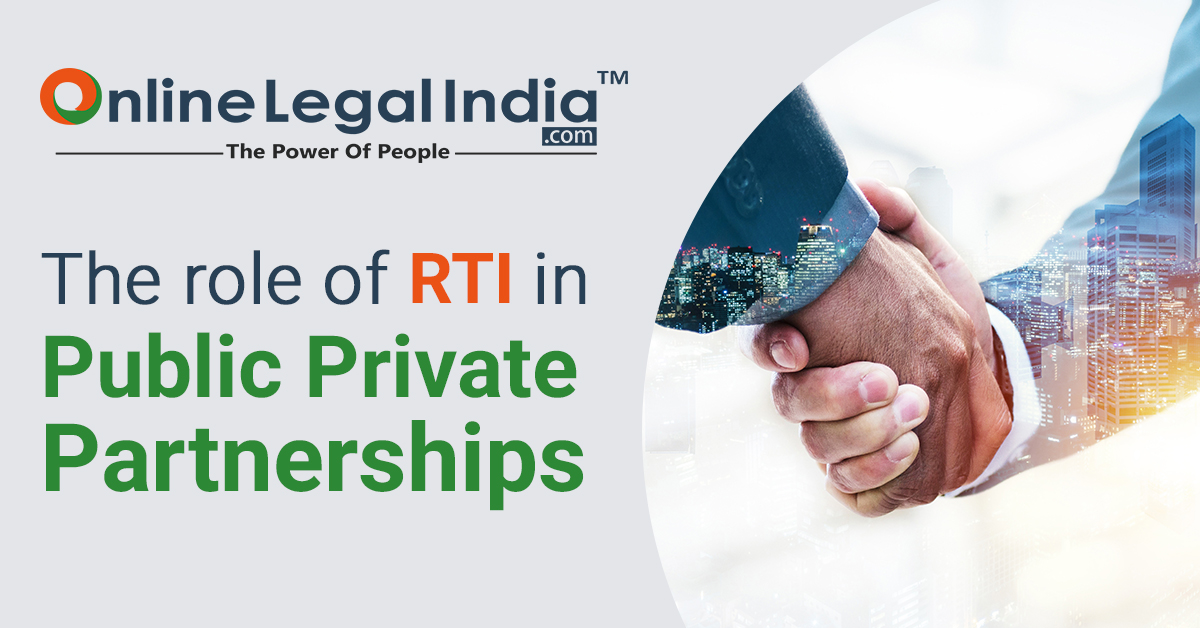 What role does RTI play in Public Private Partnerships?

Public Private Partnerships have become an emerging process of public properties such as schools, prisons, roads etc. There are various risks attached with it but also it has its own sets of advantages. PPP in India has always been in question in terms of the transparency of the government involvement and contribution.

What Are Public-Private Partnerships?

There are various kinds of companies that operate in the market. There are private limited companies, Public Limited companies and also Public-Private companies (PPP). PPP are companies that are formed through collaboration between Private and Public companies. PPP helps to finance, build and operate public facilities like roads, schools, parks,convention centres etc. It allows for large scale government projects to be completed with private fundings.

What are the issues with PPP?

PPPs are often seen as ways to complete large projects within the stipulated time and get better results. Even though they are progressve and efficient it is often criticised by the people. They are accused of blurring the line between ‘for public purposes’ and private ‘for-profit’ activity.

How does RTI apply to PPP?

The law is a bit unorganised in defining certain conditions for the partnership between a public limited  and private limited company. The concept of substantial funding is unanswered and as a result it has been used as a loophole in the process.

Public-Private Partnerships are emerging and will soon become the most preferred method of projects in India as it involves both the Private and the Public sector. It not only saves money for the government but also provides stability for the Private sector. Stability is the requirement for the private sector and finance the requirement for the government. Thus a win for both parties.