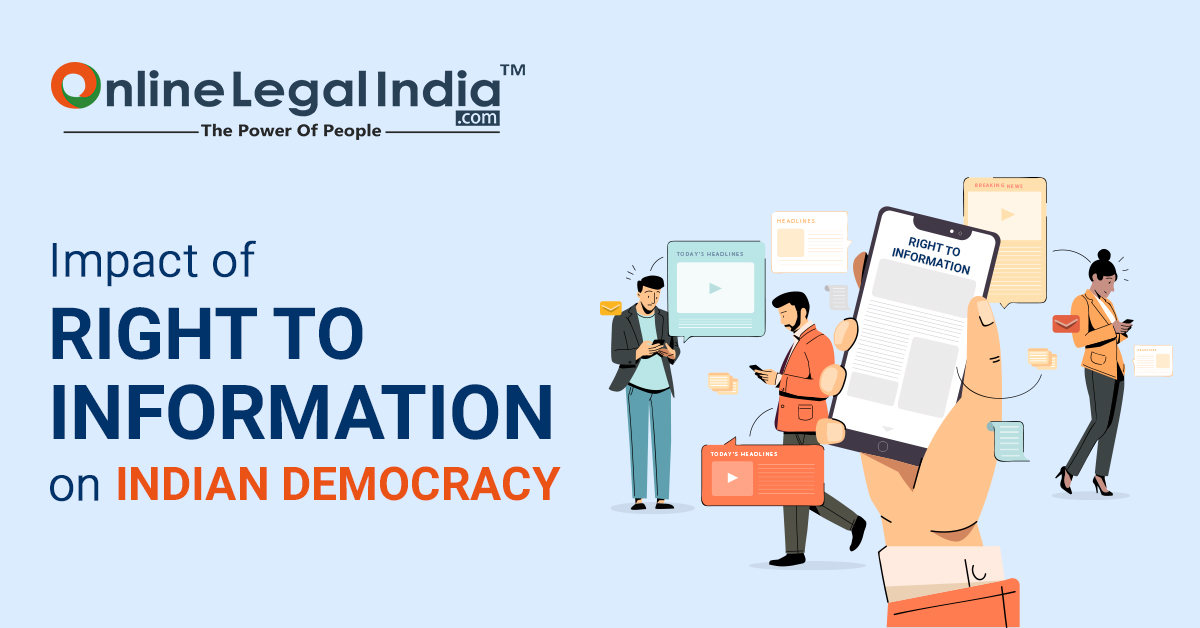 The Government of India functions on the slogan “Of the People, By the People, For the People”. This is what the government stands for and is supposed to abide by. But such is not the case as there are often cases of non-transparency in the functioning.

What is the Right To Information Act?

The Right to Information Act is also commonly known as RTI Act in the common discussions. It is an act that revolutionised the way accountability was seen in India. It aims at promoting transparency in the functioning of government institutions in India. The Act was introduced in 2005 to curb the corrupt practice which was on a rise.

The act is aimed at bringing about transparency in the government institutions to scrutinize the process. With the Right to Information in India, a common man becomes powerful enough to question any government agency. Under the law, the organization is bound to provide the necessary information within a span of 30 days from the date of filing. Unable to do so will result in the officer being punished with a monetary fine.

How does RTI help Common Man?

Knowledge of RTI will help understand the difference between the RTI Act and any other anti-corruption laws. It will help facilitate a faster response in getting information from concerned parties through RTI. in a country that is vast in size it will allow for a better understanding of how RTI works in different states and what are the fees structures.

Right to Information in India has emerged as the most powerful tool in the hands of the common man. It provides the opportunity to seek accountability from the government. It helps strengthen Indian Democracy by curbing corrupt practises and giving back power to the people. RTI has come a long way since its inception in 2005 and people have embraced the act with open arms. It has allowed for smoother functioning of the government and has brought in a sense of transparency to the governance structure.