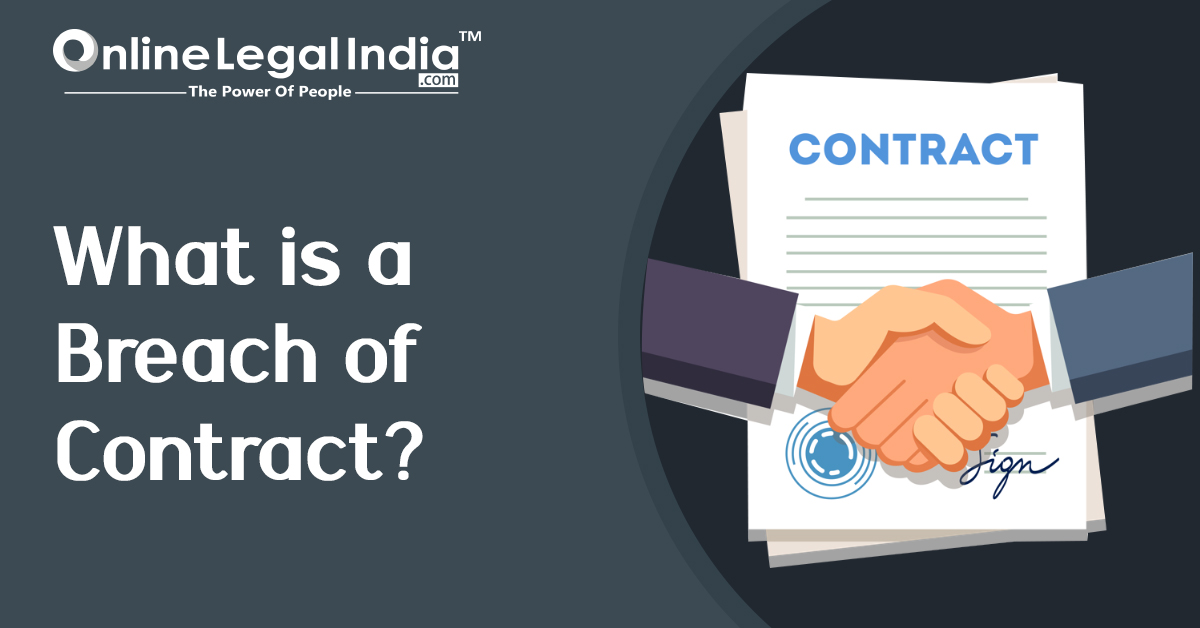 What Can Be Done When A Contract Is Breached?

We, humans, are the most opportunist creatures created by god. We very willfully to satisfy our needs we engage ourselves into agreements. When our demands or obligations are met we don't think twice to breach a contract. If you happen to be the aggrieved party you have reached a correct destination. Let me take you through the nitty-gritty of lawsuit in this article.

What is a Breach of Contract?

A breach of contract is an action caused when a disagreement arises for not honoring a contract. It occurs when a party is unable to fulfill the obligation that is described in the contact.

Types of Breach of Contract

1.    Minor Breach: Where it gives the right to the party to partially sue for the damage and not excuse them. (e.g during quality check everything is okay but the packaging is not they can raise an issue regarding the same)

2.    Material Breach: Where a substantial breach is raised due to changes in the major or significant terms of the contact. (e.g if a party fails to leave up with the quality of the material on such occasions an issue can be raised)

3.    Anticipatory Breach: When a party doest fulfils their part of the job decided during the agreement of the contact. Then the innocent party with the aid of anticipatory breach can terminate the contract by suing them for damages caused. (e.g during quality check if the accused party is found guilty and denies to rectify they are liable for the damages)

4.    Actual Breach: When either of the parties doesn't fulfil the obligations related to the agreement is called an actual breach of contract. Such breaches occur when the promise fails to meet the contractual deadlines. (e.g. during payment if a party refuses to acknowledge to the cash)

What are the Remedies of Breach of Contract?

· Particular Operation -While the loss is not directly addressed or compensated then the innocent party can seek judicial remedies when the breaching party fails to perform according to the contract.

What are Consequences to Breach of Contract?

How to send a Legal Notice for Breach Of Contract?

When a party fails to fulfil the requirements of the contact which leads to the breach of a contract. The innocent party can seek the aid of a legal expert and can plan to send a legal notice to the accused party. Also informing the person about the lawsuit if the payment is not done.

Online Legal India™ sufficiently provides you with careful aid and solves every dispute minutely. Its excels in every service while issuing and promptly sending a befittingly well-laid-out legal notice during Breach of Contact and many others.