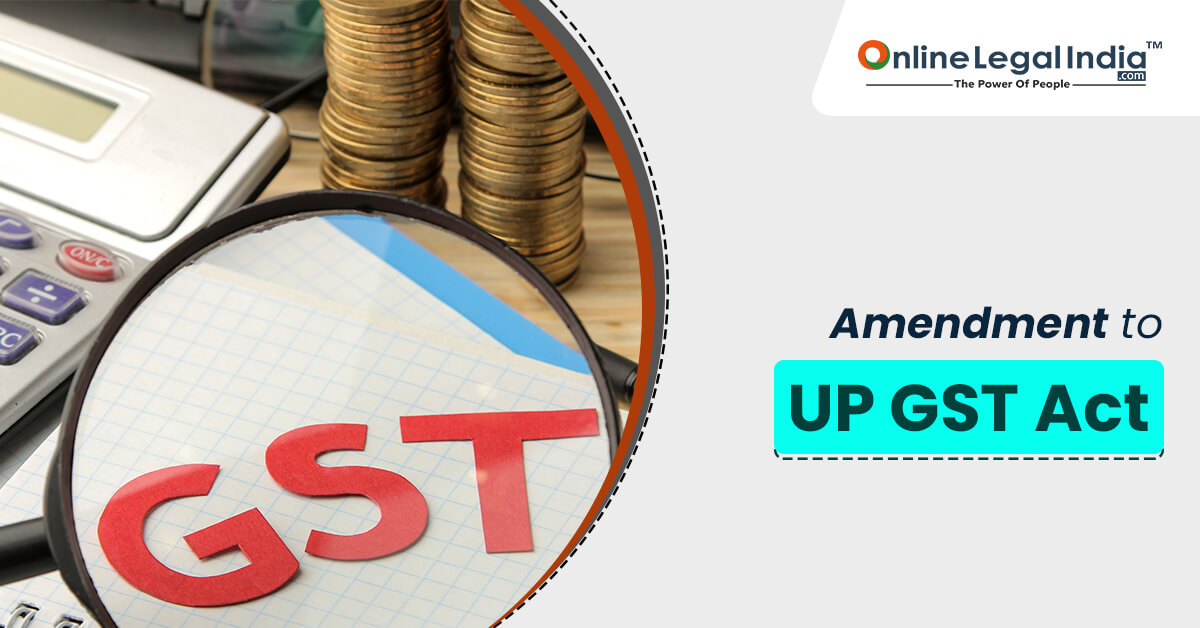 Know The New GST Amendment Proposed By UP Government

Since the implementation of GST in 2006, the act has undergone numerous revisions and adjustments, all of which have been implemented by the Government of India to the best advantage of its people, taxpayers, and businesses in a variety of industries. The future direction of many enterprises depends on the updates, thus it is crucial that we stay informed and keep them handy.

Changes to the GST Act?

When the GST went into effect in 2016 and the Model GST Law was approved by both houses of Parliament with the Honorable President's assent, the GST's journey officially began. The bill has undergone numerous amendments since then in response to requests and recommendations for improving the overall tax systems for goods and services.

Four measures in all have been approved by the Lok Sabha with changes made to each of them. Let's delve more deeply into the bill's main changes.

Amendment of GST in Uttar Pradesh

The draught of the Uttar Pradesh Goods and Services Tax (Amendment) Bill 2022, which would provide assistance to small taxpayers (using a settlement mechanism) who fail to file tax returns, was approved by the Uttar Pradesh cabinet on Tuesday. The amendment calls for extending the window for cancelling a registration to three months following the conclusion of the relevant financial year.

The state cabinet meeting that approved the draught bill was presided over by chief minister Yogi Adityanath. The state government now plans to push for its passage during the monsoon session of the state legislature, which will begin on September 19, 2022.

In a press release, the state government proposed to simplify and rationalise the rules for reporting details of returns and external supplies by amending sections 37 and 39 of the Uttar Pradesh (UP) Goods and Services Tax (GST) Act, according to the finance minister Suresh Khanna.

He declared that the Act's sections 42, 43, and 43(a) will be repealed. He said that by eliminating the dual information system in Input Tax Credit (ITC) matching and reversal, the method had been made simpler. He stated that the provision for a late fee for filing details of inward supplies late will be eliminated by a modification to Section 47 of the Act.