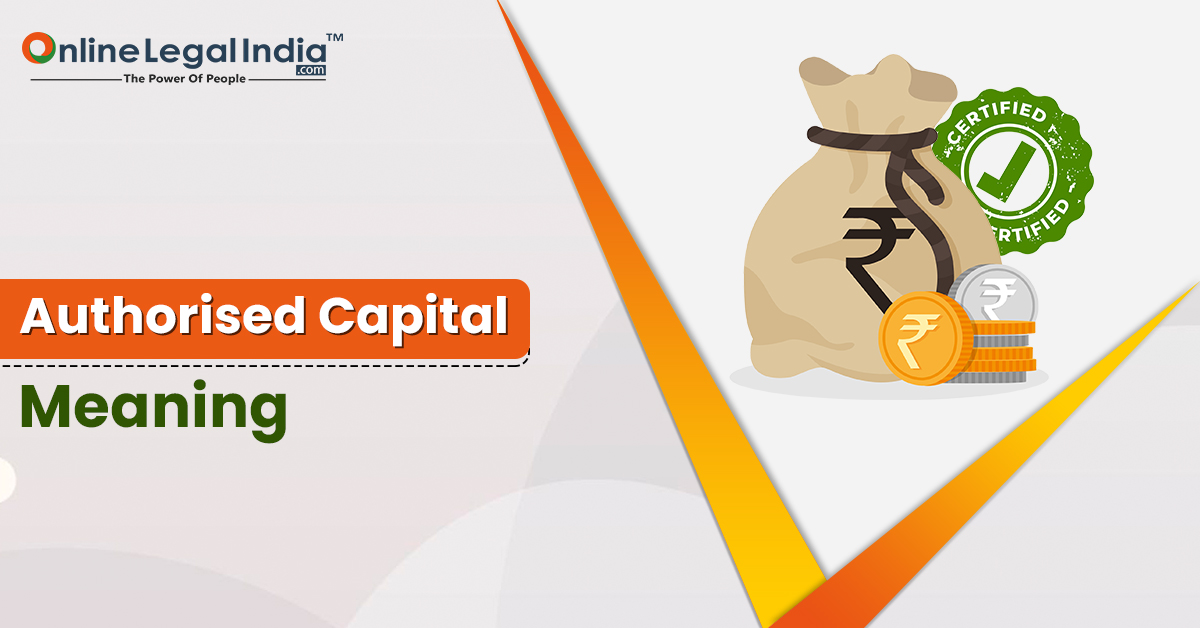 A corporation can only issue more shares than it is currently permitted by holding a shareholder vote and amending the corporate charter. It is also known as “authorised share”, “authorised stock” and “authorised capital stock”.

In what way does an authorised share capital work?

When a company forms, one of the most crucial procedures is to submit articles of incorporation with the state in which it operates. This corporate charter contains important information about the firm, such as its name, mission, and how its board of directors will be chosen, among other things. The number of shares a corporation is permitted to issue is also listed in the articles of organisation.

They have the ability to issue more shares if they require more funding for the firm at some point, as long as they don't exceed the authorised share capital.

The Ministry of Corporate Affairs, or MCA, imposes a fee of Rs 5000 to allocate a private company a minimum authorised capital of Rs 100000. The shareholders must pay a supplemental charge as specified in the table below in order to increase the permitted capital further.

What are the ways in which a start-up can raise its authorised capital?

The majority of start-ups are unable to expand due to a lack of early finance. As a result, they neglect to pay a significant sum to increase their authorised share capital during the incorporation procedure. As a result, most founders have little choice but to pay the required minimum approved share capital of INR 1 lakh. As a result, they fixed the share issuance limit within the specified range. Furthermore, any remaining funds are invested in the form of a share premium or an unsecured loan.

Additionally, this enables them to reduce the need for additional share capital throughout the early stages of their company's existence. However, when the firm grows and seeks finance or equity, the share capital limit is extended to allow for the issue of new shares. As a result, most start-ups choose to start with a smaller share capital requirement for private companies and progressively increase the limit as they seek debt or equity financing.

The company's authorised share capital is a valuable asset since it determines how many shares can be issued to stakeholders. It's worth noting that the validity of such capital is generally addressed in the MOA's capital provision. It's a good idea to raise this capital on a regular basis since it helps to compensate for the liquidity shortage caused by the financial recession.

Online legal India provides you with all the necessary details so that you don’t have to roam around for accurate information on authorised share capital. You can do your company registration without any hassle & time wastage.