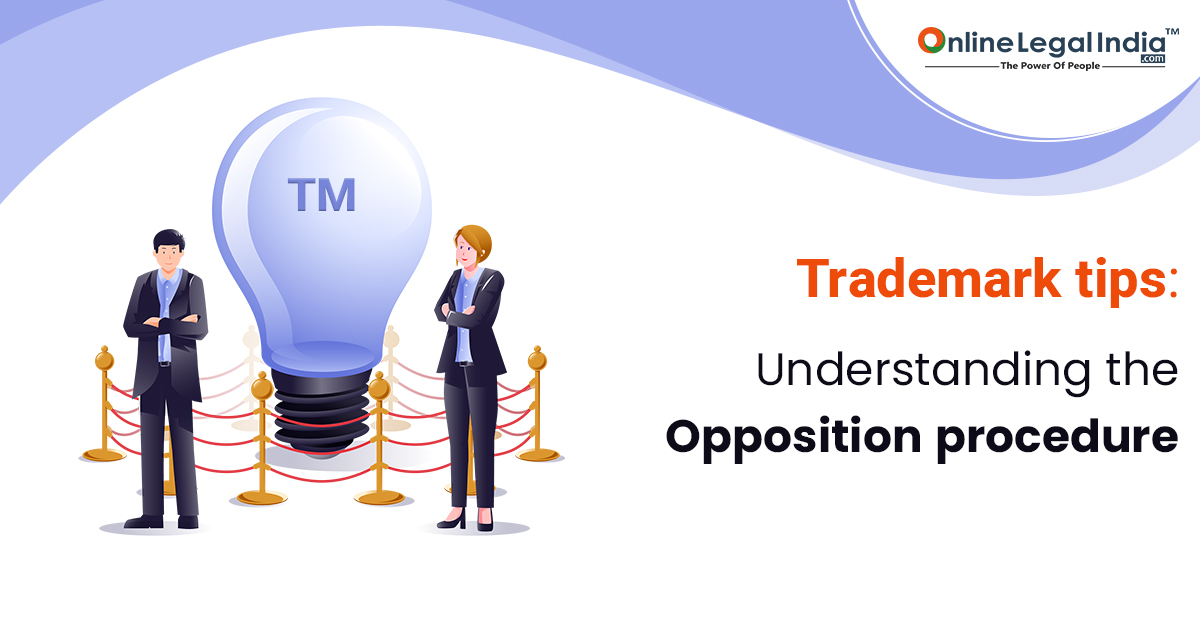 Despite being lengthy, trademark opposition proceedings in India are fascinating and enjoyable. A quick run-through of the basic process of trademark filing up until registration might be helpful before going into the opposition proceeding. After a trademark application is submitted, the Registry reviews it to assess the mark's distinctiveness. The trademark is published in the Trademarks Journal if the Examiner determines that it is distinctive and that there are no identifying marks currently registered in the Trade Register. Following such publication, the mark is available for third parties' opposition for a period of four months. As a result, if a third party objects to the mark, the opposition process will begin. Once it is through, the mark will then be registered depending upon the result.

Who can oppose a trademark?

Any "person" who wishes to oppose a trademark application may do so by submitting a Notice of Trademark Opposition on the prescribed form and paying the necessary fee, according to Section 21 of the Trademarks Act, 1999. The opposing party does not necessarily need to be the owner of trademark registration. He can be a purchaser, customer or a member of the public likely to use the goods. The justification for this is that the opponent is speaking for both himself and the general public because there can only be confusion if there are two comparable marks on the market.

Stage 1: Filing a Notice of Opposition/Filing a Counter-Statement

Any person may oppose a trademark within four months of the mark's publication in the Trademarks Journal (advertisement) by submitting a Notice of Opposition via Form TM-O along with the required fee. A Notice of Opposition essentially outlines the application against which opposition is requested as well as the reasons why the mark is being contested. It is initially submitted to the Registry for evaluation, and if all the conditions are met, the Registry then serves the Notice to the opposing party (applicant of the trademark).

The applicant must submit a counterstatement on Form TM-O together with the prescribed fee within two months after receiving the Notice of  Trademark Opposition. There is no grace period for filing a counter-statement, thus the other party will be presumed to have abandoned his application if he doesn't do so within two months of getting the Notice. Each of the grounds stated in the Notice of Trademark Opposition is normally contested in the counter-statement paragraph by paragraph. Once more, it is initially submitted to the Registry for evaluation, and if all conditions are met, the Registry then serves the counter-statement to the adversary.

Rule 45 - Proof in support of the Trademark Opposition

The opponent may provide evidence in the form of an affidavit to support his opposition within two months after receiving the counterstatement. If the opponent intends to rely only on the information in the Notice of Opposition, he may elect to forgo filing such an affidavit under Rule 45. In any event, the opposition shall be deemed abandoned if it is not communicated to the Trademarks Registry Officials and the opposing party within the allotted period.

Rule 46 – Evidence in support of the Application

The applicant must present evidence in support of his application within two months of receiving the Rule 45 evidence or the opponent's notification of waiver. The applicant also has the choice to forgo providing any supporting documentation in favour of just relying on the counter-statement.

The opponent once more has the option to introduce additional evidence in support of his opposition, if any, within one month of receiving the Rule 46 evidence /indication of waiver by the applicant. This clause is provided in order to bring the opposition proceeding to a conclusion, refute the applicant's evidence, and put their case to rest.

After the stage of evidence, submission is complete, the Registry schedules a hearing and notifies the parties of it. Under Form TM-M, an adjournment request may be submitted at least three days before the hearing. In addition, there is a limit of two on the number of adjournments that can be requested by a party, and each adjournment cannot go longer than 30 days.

After hearing from both sides and considering the presented material, the Registrar will decide whether or not to register the trademark, ending the opposition process. The party who was wronged by the Registrar's judgement, however, has the right to appeal it to the Intellectual Property Appellate Board.

Roadblocks to the opposition proceeding?

It takes some time to register a trademark in India, and, God forbid, if a third party objects to your mark, it will definitely take much longer. Even though the opposition proceeding has a planned procedure, delays still occur for a variety of reasons, such as when the set protocol is not followed. The Indian Registry is currently digitising every document under the sun, which is why there is such a delay! Therefore, all that is required of us is patience since, let's hope, the outcome of our waiting will be good.

How to File an Opposition for a Trademark Filed under Different Classes?

There are two ways to file an opposition for a trademark:

It is only permitted to file an opposition in accordance with

When determining if there is confusion or deception between the two marks, each class of goods and services should be looked at separately. Consider the scenario where you have determined it would be wise to contest an application that was submitted with items falling under Class 6, but you wish to contest it by submitting it under Class 9.

Should You File Opposition for Same Trademark but Different Class?

Generally speaking, trademarks are directly connected to the goodwill that a specific business/manufacturer has built up through time. Let's say that a trademark can be used by someone other than the maker. In that situation, it would go against the manufacturer's rights and perplex consumers. This person, in addition to the manufacturer or business, will profit from the trademark's goodwill that took the authorised party so many years to develop.

It's critical to understand that there are two different forms of opposition since the process can be drawn out. The first category consists of trademarks for which the objection is submitted prior to the submission of any other party's application for the same mark in the same class. The second category consists of trademarks for which an opposition has been filed after the trademark in question has already been registered by another party. A trademark owner must include their name, address, and tax identification number with every opposition they file. However, if they choose not to divulge this information, it need not. If you have the same trademark, you might be considering if it is worthwhile to file an opposition. If it benefits you, it is worthwhile. Contact Online Legal India and register your Trademark today.